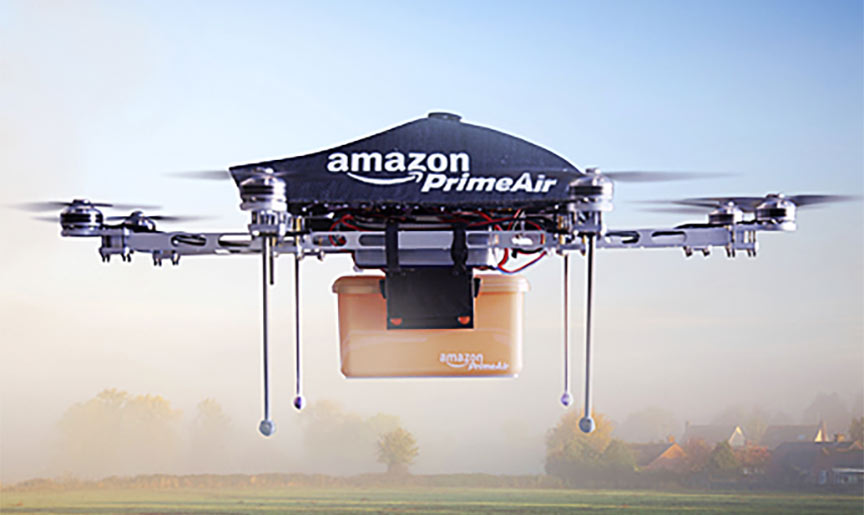 Posted at 05:58h in featured, Rethink by GreenReboot 0 Comments
0 Likes

The “Amazon’ head tax fails Economics. It runs up against a law of the dismal science–the “downward sloping demand curve–that won’t budge. This laws says that if you tax something, you will get less of it.  If widgets are selling for $10 and a $2 tax is placed on widgets, fewer widgets will sold, all other factors being equal.

The implication is that Seattle will definitely lose jobs from any head tax it passes. The law does not say how many fewer jobs we will have if we tax jobs, and therein lies room for reasonable disputations. Theoretically the number of jobs lost as a result of the new tax could be tiny with almost no lower limit, more on that later. What is certain is that the tax will exert a downward pressure on job creation in Seattle. But there is another problem with this particular tax:

What is the cost of avoiding this tax?

Taxes always create some degree of tax-avoidance behavior. In Washington state we tax cigarettes, and consumers as a result have been eager to cross jurisdictional boundaries to buy cigarettes from the nearest store the tax is not charged. With tax avoidance behavior, the key question for the efficiency of the tax mechanism is how much of a monopoly does the taxing district possess? In some tax situations, there is no monopoly. If in Seattle we toll 1st Ave and not 2nd Ave, a great number of motorists will switch from 1st to 2nd, which involves very little cost. So it would not be advisable to toll 1st Ave only. With the national inheritance tax, avoidance is difficult but the stakes are high and so a high cost of avoidance can seem very worth paying to a prospective tax payer.. Commentators including inheritance-tax proponents often point to the modest amount that is collected by this tax as a reason for thinking the inheritance tax is not such a big deal. But an industry has grown up for tax accountants and lawyers who help people avoid this tax. The tax therefor drives a lot of economic activity that is not in any way productive, either for taxpayers or for the Government. A reasonable question to ask about any tax is how possible is tax-avoidance behavior , how much inefficiency will this behavior create, and how much will it decrease projected revenue from the tax. In the case of a Seattle Head Tax, avoidance can be extremely low-cost and easy. A business planning to hire in Seattle can easily rent an office in Bellevue, Renton or Lynnwood instead. This bodes ill for efficiency. It does not mean Seattle will die of job-strangulation but it should be considered a possible warning sign.

How many fewer jobs?

How many fewer jobs will be created as a result of the law is determined by the elasticity of demand for creating jobs in the place where the head-tax is levied. There have been warnings from the tax opponents that this will kill Seattle.  If people are consumed by a desire to have their offices and job sites in Seattle because of past investments there or because Seattle is just so immensely cool, that will mean the demand is inelastic and there won’t be a lot of jobs lost, perhaps only a tiny number..  If investors love Seattle but are also drawn in by the allure of Spokane, Boise or Chicago, Lynnwood or Renton, the desire to invest in job creation in Seattle might be quite amazingly elastic.  A jobs tax could take us from job-health to job crisis in a hurry, under the highly elastic scenario.

It’s not worth finding out how elastic the market is.  The City Council should vote the head tax down, and since it hits companies like the Seattle Times and Kaiser Permanente, they should quit calling it the Amazon tax, a big misrepresentation (thanks Danny Westneat Seattle Times April 13, 2020).

But let’s not miss the clue…

But the downward-sloping demand law should point in another direction entirely. Why don’t we start taxing things that aren’t a priori ‘good’?  Externalities, which are goods transferred to individuals without their consent, ie, external to the market, are mostly bad things, like the noise of jets flying over your outdoor barbeque, which you do not get paid to listen to. Externalities tend to be things that are varyingly bad. We should tax them, rather than things that re good, such as sales, income and property .(More on property in another blog). After all, “when we tax something, we get less of it..,”  GreenReboot would love to see a TAX SHIFT away from the “taxation of good things”  to taxation of ‘externalities’—costs imposed on people but not paid for by the imposer–and money raised from rents on the use of government-owned assets, which usually also are associated with externalities.

Image
Upload an image file, pick one from your media library, or add one with a URL.

Think about what drone delivery could mean for your neighborhood and your ability to pursue happiness.  Any time you are outside near the street, machines with whirling sharp metal blades that make a whiney, annoying, creepy sound will be added to your experience of life. This machine could injure or kill you if anything goes wrong. (a recreational drone has already killed its operator in at least one case.) Of course Drone Delivery would have an up-side. A drone could deliver medication quickly to a stroke or snake-bite victim. But that would be rare and exempt from our tax. Let’s face it, Drones will mostly be bringing pizza and ice cream to people who have enough money to not need to plan their ice-cream buying. Under the stiff new tax, people could order up drone delivery, but they would have to think hard about it, so there wouldn’t be a zillion drones flying through everyone’s neighborhood, and government would get a steady stream of reliable income. Tax avoidance behavior would decrease government revenue, but it would simultaneously make all of our lives better and not decrease societal or economic efficiency.

Drone Delivery: Exactly what we SHOULD be taxing

It makes sense to tax goods that use public rights of way. It makes sense to tax goods that have externalities–that is, they impose costs on others besides their paying customers. If a drone buzzes down your street, you are forced to listen, if you are interested in your own security you will have to keep track that it isn’t going off track, and you will have to look at it, and take it from a professional artist, drones can be ugly. They are a perfect example of a good that imposes an external cost. These are the things we should tax–things people don’t really need and that annoy and inconvenience others and degenerate the quality of other people’s lives.

Swallows used to be abundant in the city of Seattle.  Barn Swallows and Violet-green Swallows winged over the neighborhoods and Purple Martins nested in the downtown.  If you were walking on Capitol Hill on a summer day in 1970, you could look up and usually see a Swallow in graceful flight foraging for insects.  These Swallows are now struggling to keep a toehold in a city where they were once welcome. Only occasionally in the summer does a Seattleite now look up and see a Swallow.  By the end of the 20’s in a quite likely evil scenario, a Seattleite could look up and never see a Swallow but always see a drone.  In order to not complete this trade—Swallows for drones—we’ll have to do something to help Swallows and something to hold drone use at a low enough level that drones remain rare, …And the space where drones are not is space we can invite our Swallows to return to.