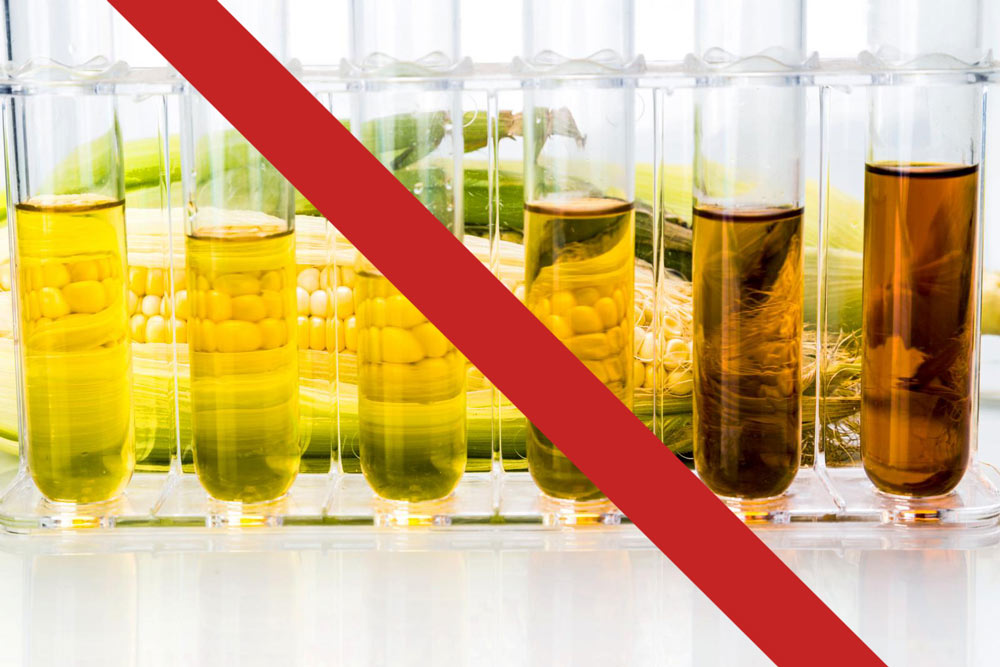 03 May Mistake #1 Insufficiently opposing, or even supporting, Ethanol and biodiesel

“You can’t be for the status quo on ethanol and also be for saving the planet.”

GreenReboot couldn’t agree more with Faber and the EWG. GreenReboot believes that ending ethanol mandates in the US and ending biodiesel mandates and subsidies in Europe is the most pressing issue facing the world’s environmental movement today.

However, a person can be deeply concerned about the environment and be perfectly well-read and well-informed, and yet still not even realize there is anything wrong with ethanol, such is the silence on the subject emanating from the overall leadership of the green movement.

Ok, but what is so bad about ethanol?

The problem with ag-biofuels such as ethanol is that there isn’t enough energy in plants. Here are the rough stats of current US ethanol production.  About 40% of our total corn output (About 90 million acres of land is devoted to corn production in the US) is needed to replace about 5 or 6% of our transport motor fleet needs.  While experts might quibble with these exact numbers, no one would argue they aren’t in the ballpark. And for anyone not on ethanol’s payroll, they jump out and scream that ethanol is not even close to being “scalable.”  Do we have another 35 million more acres lying around somewhere so we can grow enough corn to replace 10% of our transport gasoline needs?

Ethanol’s insanely greedy need for land creates a big problem.  Last time I checked, humans still needed food, which is also grown on land.  The vast increase in the need for land caused by ethanol and other biofuels such as biodiesel,  drives agriculture into the unplowed prairie and the tropical forests. When all the land-use effects of ethanol are accounted for, it quickly becomes the single worst way to get energy that is currently in widespread use, both for the climate and for biodiversity.

Anyone who wants to read more can find a well-presented case against ethanol, consider this:

A 2016 Report by the National Wildlife Federation describes the devastation caused by ethanol in the US, and shows that it is, unbelievably, the single significant culprit behind the “dead zone” in the Gulf of Mexico:

Sadly, the destruction caused by agricultural biofuels (ethanol is the one favored in the US, in Europe it’s biodiesel) is multiplied by the approximately 62 countries that have various forms of mandates for their use in place.  Do not believe that Europe is working to stop climate change, many of these countries, (for instance Sweden)  are making climate change worse and also destroying the world’s biodiversity by mandating the use of biodiesel which is provided by oil-palm plantations that replace the tropical forests of Malaysia, Borneo and Africa.

Here is an account from the New York Times of the devastation caused by EU biofuel mandates in Indonesia, particularly Borneo:

This New York Times Indonesia article by Abrahm Lustgarten may be the best writing ever done on biofuels. It’s so incredibly tragic, it is not for the faint-of-heart. Here is an excerpt from one key paragraph that appears far into the article as the author gets into the weeds regarding the climatic effects of biofuel mandates:

“Wrangling precisely how much palm demand resulted from using a gallon of soy for fuel, and how much rain-forest carbon, in Indonesia for example, might be emitted as a result, became a question that was increasingly influenced by political factors. The E.P.A., in 2009, made one of the most significant efforts to model and predict the carbon from biofuels, using three of the most established models and an overlay of satellite imagery of agricultural lands around the world, including those in Indonesia. The agency determined that the carbon footprint of land-use changes overshadowed any other consideration, and not by a small margin. In fact, when land changes were accounted for, the climate benefit of biofuels was entirely wiped away. Because a huge pulse of emissions comes from land change immediately after forests are cut, the E.P.A. concluded that it would take 32 years before biodiesel from soybean oil was truly net-zero for carbon on an annual basis, and a century for it to reach the level of benefit required under the law.“

Ethanol and other biofuel programs tip the scales in places like Brazil and Borneo against land defenders who are usually small farmers or indigenous residents dependent on a standing forest.  It can be said that in the third world, the most likely sector to resort to violence are the large-scale rural agricultural corporations and families that have massively more resources and more political connections and more—guns—than the residents of the standing rain forests.  Here is a link to a campaign that opposes the terrorism against land defenders in Brazil:

I’m going to end this section with one last more recent link to a 2019 National Wildlife Federation Report on Ethanol that confirms the harm caused by it.

Here is the link:

And the page that link takes you to is reprinted below.  The photo is of a Baird’s Sparrow, one of the birds that has been driven toward endangerment by Ethanol:

It is worth presenting the front page of the NWF report in its entirety.  The photo is of a Baird’s Sparrow, one of the species driven toward endangerment by ethanol mandates:

WASHINGTON, D.C. — New research shows the Renewable Fuel Standard and its implementation are fueling environmental harm that is destroying monarch butterfly habitat and forage, draining western aquifers, accelerating climate change and numerous other effects. The new research, prepared by the University of California-Davis, Kansas State University, and University of Wisconsin, provides the most detailed and comprehensive assessment to date of the direct connection between U.S. biofuels policy and specific economic and field-level environmental changes following passage of the Renewable Fuel Standard 10 years ago.

Read an overview of the research at: https://ethanol.nwf.org/report/

Original research can be found at: http://www.gibbs-lab.com/us/

Both sites contain maps showing which impacts are most prevalent in specific states.

The compilation of research was presented in February at the American Association for the Advancement of Science.  The new findings come at a critical time, as public officials are preparing to re-write national biofuel policy due to a mandated “re-set” of the law.

“There is no dispute that U.S. biofuels policy is driving environmental harm,” said Aaron Smith, professor, agricultural and resource economics, University of California, Davis. “The Renewable Fuel Standard created a strong economic incentive to increase domestic corn production to meet the federal mandate for new biofuels. The ensuing expansion and intensification of crop agriculture has transformed the landscape, leading to a cascade of negative impacts on wildlife habitat, water resources, and the climate.”

Main findings of the research include:

The new research follows an assessment by the EPA warning that U.S. biofuels policy was likely having negative impacts on the environment. The new research confirms those findings.

What researchers are saying:

Aaron Smith, professor, agricultural and resource economics, University of California, Davis, whose research examines the economic changes being driven by the RFS:

“Ethanol has a long history as a prospective motor fuel, but it was only able to gain market penetration recently due to government mandates. Passage of the Renewable Fuel Standard influenced farm commodity prices, substantially boosting corn and soybean prices, and creating strong incentives for farmers to plant more of those crops. These economic changes set the stage for the environmental changes we’re seeing today.”

Tyler Lark, associate researcher, Center for Sustainability and the Global Environment University of Wisconsin, whose research examines land-use changes, increased water use for irrigation, and climate change impacts related to the RFS:

“We’ve known for years that the American landscape is changing—with native prairies, wetlands and even forests being replaced by rows of corn—now we finally know how much of it is connected to biofuels. These trends are clearly observable in places like the Prairie Potholes of the Dakotas and the rolling hills of Southern Iowa and Northern Missouri, where land conversion has led to the loss of habitat for everything from migratory ducks to Monarch butterflies.  But these changes don’t just impact wildlife, they also affect our water resources and climate change, in real ways that affect everyone, almost every day.”

“The Renewable Fuel Standard has changed the agricultural landscape. Farmers are planting more corn on existing cropland and are rotating crops less in the central Corn Belt. Increases in corn planting is especially prevalent in the Dakotas, Northwest Minnesota, Iowa, and Mississippi Delta regions. The impacts of the RFS on crop prices have also caused farmers to convert grassland to crop production, especially in the Dakotas, Southern Iowa, Northern Missouri, Nebraska, and Kansas. These changes have implications for greenhouse gas emissions, habitat, and water resources.”

Collin O’Mara, president and CEO, National Wildlife Federation, which is helping disseminate the research to raise awareness about the impacts of the RFS on wildlife, habitat and natural resources: